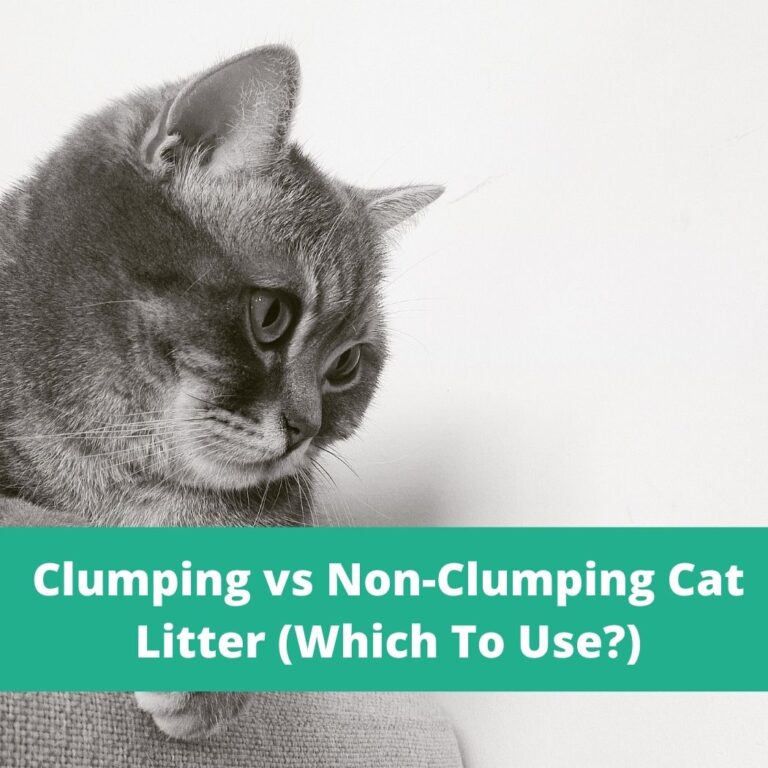 Clumping Vs Non-Clumping Litter – Which One is Better

If you are a cat’s frenzied, you can agree with me that taking care of cats can be overwhelming and time-consuming. Most homeowners fear the risk of investing a lot of money in basic needs in a cat’s household. As a matter of fact, you have to purchase cat litter which makes disposing of cat waste easy and less messy with litter tracking.

But the market is currently flocking with different types and brands of cat litter. The two most common types are clumping and non-clumping cat litter. To help you discern between these two, this article covers their major differences, pros, cons, and risks.

There are four main types of cat litters that you can come across in the market today. These are the clumping, non-clumping, Natural or Biodegradable Cat litters, and Crystal Cat litters. In this case, I’m only going to discuss the first two which are clumping and non-clumping cat litters.

The biggest advantage of clumping litter is that it can easily be scooped from the litter box which leaves it fresh and clean. This is the same reason why clumping cat litter has been very popular with cat owners. But remember it’s the same clumping effect that has potential health risks to your cat.

As explained earlier, clumping cat litter has its own shares of benefits. It causes clumps with the liquid wastes which is very easy to scoop off the box. They also contain sodium bentonite which binds with the moisture to form the clumps. It’s also very effective in controlling odor. But when it clumps, you might have to replace the litter entirely.

The clumping cat litter stays clean and fresh. Unlike other types of cat litter, this one will be the best for a house with more than one cat. You might also have to clean or completely replace your best cat litter once in every two weeks or at least twice every month.

The clumping cat litter should not be used for kittens mainly because of the dust. Kittens may also lick the litter from the paws and swallow it which can eventually swell in their intestines and cause blockages.

In this case, the urine doesn’t form into clumps and it doesn’t cause any type of blockages and swelling. This reason is enough to explain why most cat owners have started using non-clumping cat litters. Another benefit of non-clumping cat litter is the fact that they are cheap and very effective in containing cat waste.

The cat litter soaks in the clay which means that it will eventually be saturated. In this case, you might have to replace the cat litter entirely. The box will still need to be replaced and new and fresh litter introduced.

Is Clumping or non-clumping litter better?

Why do shelters use non-clumping litter?

The reason why shelters use non-clumping litter is that the urine doesn’t form into clumps but remember it will be absorbed by the clay. Consequently, there are zero risks of blockages or swelling. This alone explains why more households and shelters with more than one cat will go for non-clumping litters.

Is clumping litter Bad for the cats?

Most of the clumping litters out there contain risky amounts of silica dust. This has been linked to respiratory issues in humans and cats. The chemicals used can be fatal for use in small houses. This alone explains why some owners might not go with the clumping litter.