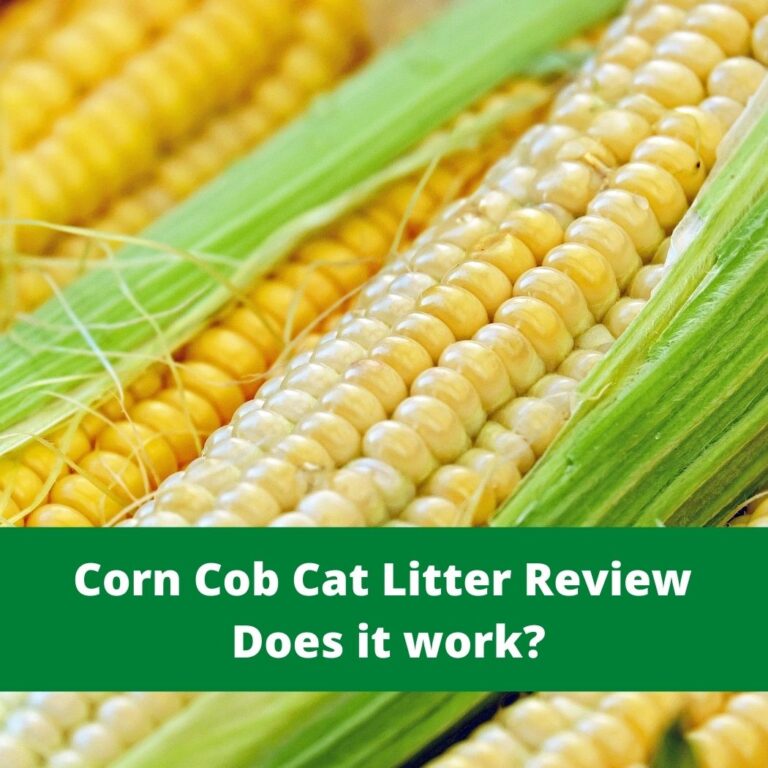 Most cat owners have decided to go green when it comes to their cat’s litter. This is a wonderful thing especially if you care about your cat’s health and the environment. However, there are several questions raised against corn cob cat litters. So, you have to check reviews online to determine whether corn litter is safe for your cats or not. This brief brings light to cat owners that want to go green.

Traditionally, clay cat litter were the most popular and almost every cat lover would invest heavily on them. But the process by which clay is mined raises questions. Its mined through a process known as stripe mining which is not sustainable.

Corn cob litters for your cat are biodegradable meaning that they will easily disintegrate the environment. When they are composted to 165-degree F, they are very likely to add nutrients to the soil. They come from natural and renewable sources.

Given that the corn cob cat litter are eco-friendly and made from naturally available materials, you might be wondering whether their benefits outweigh their cons. Here are a few benefits of choosing corn cob for your cat’s litter.

It’s easy to flush litter made from corn cob. However, this is not very encouraged by scientists because they believe flushing cat litter can release Toxoplasma gondii in the natural world. Though, if you have an indoor kitty, flushing the cat litter is a feasible option.

It has a natural smell

Unlike cut litters made from other products, those made from corn cob have a natural smell that masks odor from urine and cat poop. It’s an alternative if you don’t want to be knocked over the head by artificial fragrances. Your cat definitely enjoys this because they prefer natural scents. Remember cat noses are 14X stronger meaning they can be easily irritated by scents.

Cat Litter made from corn cob produces less dust than clay litters. Most of them are 99% dust-free meaning that there are few irritants floating in your house. This is safe for you and your cats especially if they have a sensitive breathing system.

Cat Litters made from corn cob absorbs more smell by easily trapping ammonia smell from cat urine. The way this works is easy. Corn cob has micro-pores where the urine quickly pulls in. corn also has an enzyme-based action to control urine odor.

You might have come across people debating which of the two cat litters is the best. Based on research, reviews and user comments, wheat cat litters have many qualities that make them relatively better. Wheat has an enzyme action for controlling urine odor. The granule wheat is also easier on your cat’s feet. Wheat cat litter also feels like clay litter which shortens the transition period.

Cons of cat litter made from corn cob

Corn cob has its own share of rip-offs. As a matter of fact, many scientists and veterinarian discourage the use of cat litters made from corn cob. Here are some concerns that you should familiarize yourself with.

Corn cob is known for producing a fungus known as Aflatoxins which is very toxic for cats that eat litter. Every cat owner is very careful with the safety of their friends. Every time I see a cat litter, I wonder whether it’s the safest option for my cat. Aflatoxins grow in dehydrated corn and easily transforms into mycotoxins which are very deadly to humans and cats. The fungi can as well track in your cat’s paws and be spread throughout the house.

Some cats are sensitive

Some cats have sensitivity to foods such as corn. This means that she might not like the natural scent of corn. She might equally be very sensitive to such cat litters.

Another disadvantage of corn cat litters is the fact that it can attract bugs. Grain is a fertile breeding ground for beetles and other bugs. They can lay their eggs in cat litter and cause more trouble in your house.

Corn cob litter is safe for use but the cat owner must be very careful and check the corn cob litter Boxes from time to time. Note that corn and corn byproducts can develop a fungus known as Aflatoxins which is very harmful to your cat. Aflatoxins grow on dehydrated corn or wheat when they get damp from urine.

What is the safest cat litter to use?

The best overall is natural cat litter such as the World’s Best multiple cat Unscented litter. You can as well go for wood cat litter such as Okocat super soft clumping Litter. If you want to try the best grass cat Litter, then Pioneer Pet smart Cat Clumping litter is the best alternatives.

Yes, grain and corn can be a fertile breeding ground for bugs. So, you can feel moths and pantry beetles in your cat Litter. You are supposed to keep open bags of cat litter well sealed. To discourage bugs, you can also scoop the litter box regularly.