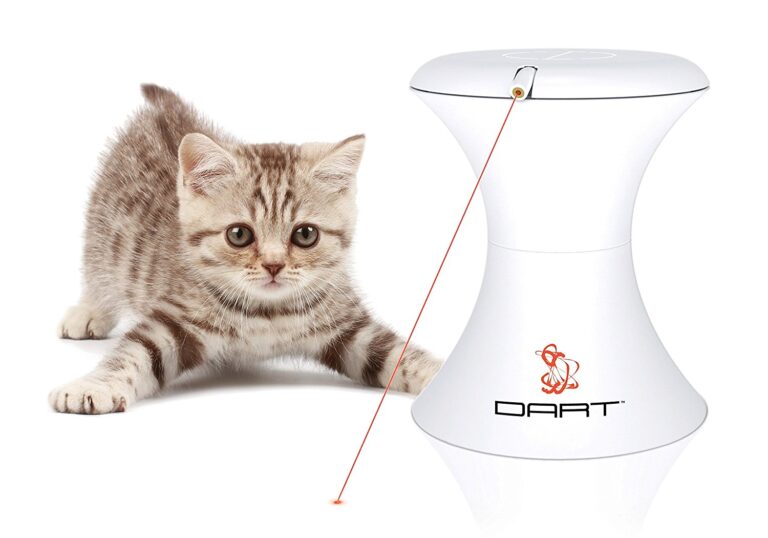 FroliCat Toys, made by Brilliant Pets the company that also manufactured the Scoop Free Cat Litter Box and petsafe simply cleaning litter box are toys meant to get your cat active. The three cat toys that will be reviewed below are perfect for cats who get restless without much activity, as well as cats who love to play. There are dog versions of the following toys that may interest dog owners too.

If you are looking for the best laser cat toys then you have come to the right place.

The dart is the ultimate cat toy. It uses three AA batteries, is a free-standing unit which rotates and captures your cats attention with the use of a laser light. The user is able to set different laser and rotation speeds, and play durations based on what works best with their cat; once the settings are chosen, the laser will move in random patterns (back and forth, up and down, whirls, darts).
There are many mixed reviews for The Dart.

Many cat owners mentioned that the speed choices were too fast, and that even the slowest setting moved too quickly so their cat became confused and lost interest right away. Many users also complained about the poorly constructed interior mechanisms and the loud noise that the unit makes when it is turned on, stating that you can very much hear the motor grinding, loud gears, and squeaky plastic; a review said this might be fixed with a sound-deadening motor.

One user said that the only way they can use this unit is to not be in the same room while it is on since the sound would be too distracting to do anything else at the same time.
All in all, The Dart is a toy that seems to be unusable for many cat owners due to its loud noise and patterns which cats are unable to follow.

The bolt is another amazing laser cat toy that your cats will absolutely love. It takes four AA batteries to operate it. This handheld unit, which can also be used as a standalone toy, uses a laser which is reflected off a mirror onto the floor in different patterns to engage your cat and it is significantly quieter than The Dart, the play area is not as large. When using it as a free standing toy, there is an automatic shut off mechanism that makes the unit stop after 15 minutes. 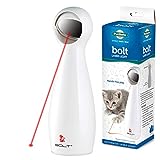 This unit creates a more interactive play session with your cat since it is handheld, allowing you to respond better to your cat’s movement and speed, though many users state that a simple laser pointer bought at the dollar store could do the exact same job.

With The Bolt, you are able to use it in automatic mode which generates random patterns, or in manual mode which you can move around yourself.

The Bolt, compared to The Dart is much quieter and produces a slight whirring sound when on; users report that the sound is not loud enough to disturb humans, but is distinct enough that their cats come excitedly running when they hear it turn on. Additionally, the cat will not be confused when you turn the unit off and the laser disappears since it relates the laser to the whirring sound when on. 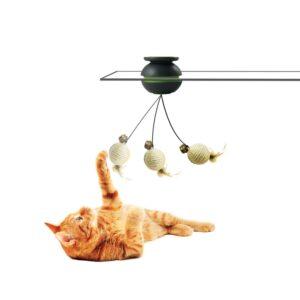 The final FroliCat toy to be reviewed is The Sway retails for $12.99 and does not require batteries. This toy uses magnets to attach ball and string to a table or similar piece of furniture (ideally, something that sticks out). The magnets used in this toy are said to be able to hold through of material, with relative strength depending on the thickness of the material, so it is important to think carefully about the best place to place the toy.

Since The Sway does not require batteries, the cat can use it whenever. It also claims to have everything a cat needs to stay engaged with the toy: a knit covered ball, a bell, and feathers.

The Sway could be a useful toy if your cat is not highly energetic and prefers to play in a lazier style.

Reviews on this toy are mixed, just like The Dart. Some customers, for example, stated that their cat simply ignored the toy, or became bored and disinterested quickly. Others reported that the weight of their cat caused the magnets to dislodge and fall or slide across the surface (which can potentially cause damages such as scratches to your furniture, depending on where you mount the toy).

One way the unit could be improved in this case is to use a reusable hook or a Velcro patch in place of the magnets to ensure a more secure hold. Another concern to keep in mind is that there are many small parts to this toy which may pose a choking hazard if the user has small children.

Another major concern is that a number of customers have reported their cat getting injured while playing with The Sway, prompting users to be wary of leaving their cat alone with the toy; this contradicts the claim that the cat should be able to enjoy this toy even with the owner gone.

One final concern is that the toy only works with declawed cats. Cats with claws were reported to either get their nails frequently stuck in the dangling balls, or even slicing the string connecting the toy to the magnet completely.

The FroliCat toys have many noticeable disadvantages to their uses, whether its a noise concern or safety concern. There are many improvements that Brilliant Pets could implement to make these toys more useable but in the meantime, getting a simple laser pointer or finding a free-standing feather/ball toy would create the same result. 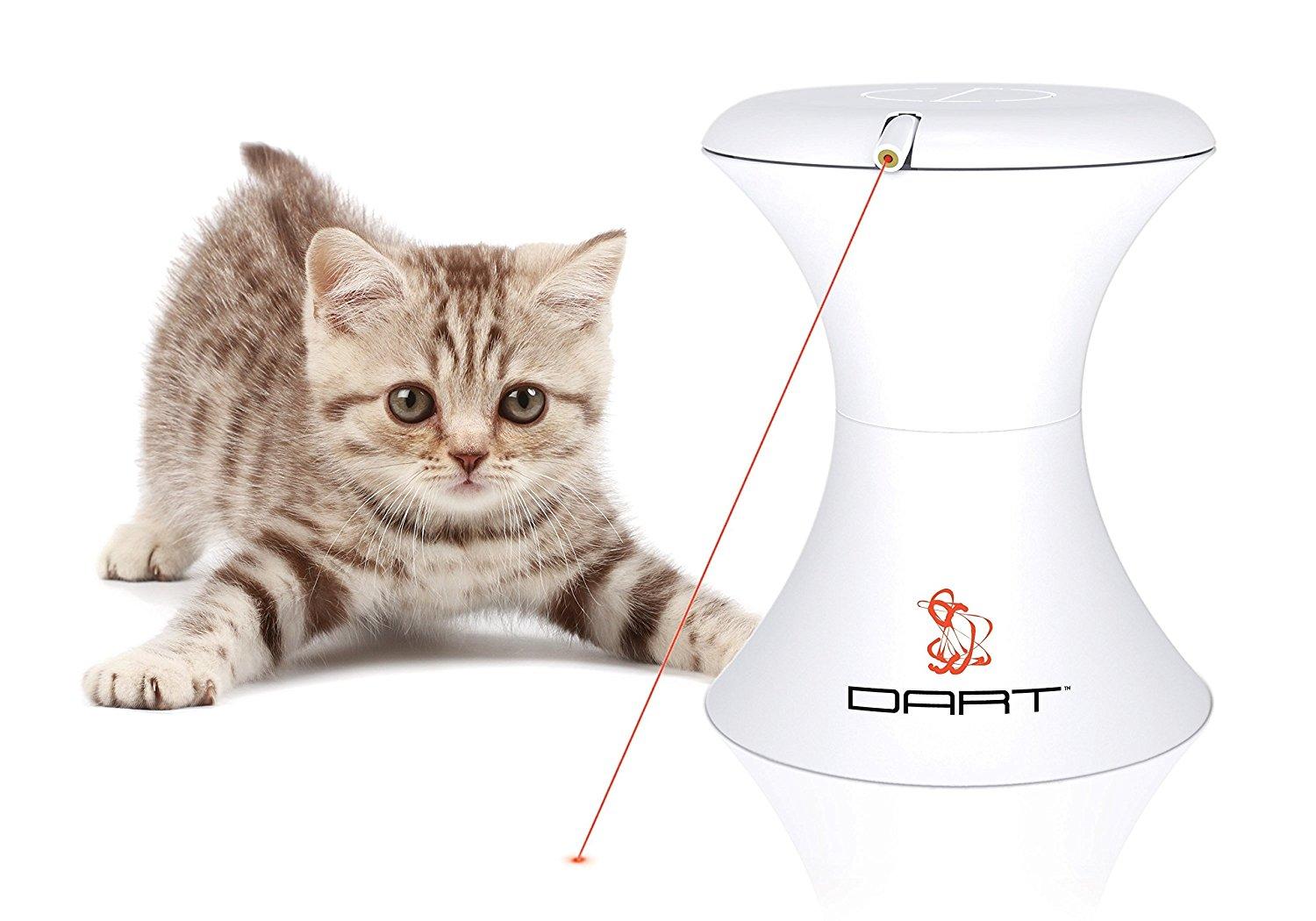