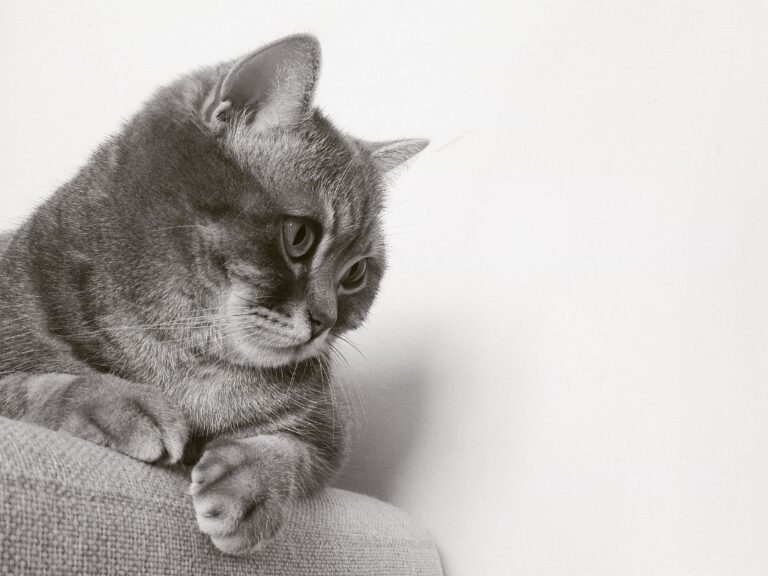 Is Catnip Bad For Cats – Is It Healthy For Pets

Besides the fact that many cat owners are familiar with catnip, only a few of them clearly understand what this does to their pets and whether they should or shouldn’t give catnip to cats. That said, I’ve researched enough about catnip and the possible effects it might have on your cat;

Catnip is also known as Nepeta Cateria, which is a herb in the Mint family. It usually has some light-green foliage and lavender flowers. In North America, many people use this plant for various reasons. Many Americans have been using Catnip leaves to make tea and for various conditions home remedy purposes. Indians and several other communities also use the flowers in natural bug sprays.

The cat’s sensitivity to this herb mainly depends on its genetics. But the chemical present in this herb, known as nepetalactone, might have an impact on your feline friend. This chemical is mainly found in its stem, seeds, and leaves. Unlike humans, cats have a different scent organ known as the vomeronasal gland, located in their mouth. This is what allows scents to pass to the nose and get into the brain for interpretations. Catnips basically have the chemical nepetalactone that affects the behavior of cats. After getting exposed to this chemical, it’ll mimic the feline sex hormones making your kitty exhibit behaviors of being on heat.

It only takes two to three sniffs, and the cat will be naturally affected by the chemicals in the herb. Though, the effects of catnip typically last for a concise period of time. In many instances, it may not last more than 10 minutes. The effect always translates to aggressive playfulness, but some cats tend to be mellow and keep calm. Regardless of the response, the cat will take about two hours before responding to the herb again.

Is it considered Unethical to give your cat Catnip?

It’s not, given that not all the cats are affected by the herb. However, some cats can exhibit behaviors such as those of a cat on heat. When under the influence of the chemicals in this herb, cats will start to salivate, roll around and fight with others. It’s unclear whether there are any health repercussions of this herb.

Furthermore, the effects of this chemical last for the shortest time. Cat owners often laugh at some of the behaviors. But laughing at an animal whose behaviour has been manipulated by a particular drug or chemical raises the question of animal autonomy. Animal media scholars have made an argument claiming that it might be unethical to give animals something that would affect their behavior just to make us laugh.

So is catnip bad for cats?

There’s little information on the health benefits of catnip. There is also no scientific evidence that catnip is harmful to cats. That said, giving your pet copious amounts of this herb is not recommended since it can cause issues like upset stomachs, vomiting, and diarrhea.

While catnip is not harmful, it might put your kitty at risk of getting hurt as she zooms around the house or garden. Some owners attest to it that their pets lose control and start jumping off things. The cat might get a physical injury in the process, which may turn out to be serious. This means that catnip should be given in moderation, and owners should never think of going overboard.

Is catnip helpful to cats?

There’s little information about the health benefits of catnip and whether it’s really helpful. The herb can be used to get an older cat moving. Cats need a daily dose of exercise, and if they mainly don’t want to, some cat owners can use catnip to keep them going. An old cat would prefer staying still in one place to moving around the house or neighborhood.

Catnip also helps with behavioral issues. In case your cat is scratching on furniture but not going to other parts of the room, you can sprinkle a bit of catnip in the mats, and it will get the cat’s attention. This trick can equally work for a new cat.

You can use catnip before a stressful encounter. It will work as a mild sedative and keep the cat going, especially if you are going on a long walk or trip. Remember, the effects of this natural herb will not last long. Additionally, you are not supposed to go overboard with catnip.

What does catnip actually do for cats?

Catnip, according to researchers, targets the feline’s happy receptors in the animal’s brain. But there are claims that when the cat eats catnips, they directly affect her, and she might mellow out. Most cats will react to catnip by flipping, rolling, or rubbing and eventually zoning out.

Is catnip a drug for cats?

It’s like a drug that some veterinarians usually suggest for cats and animals. It can make the cat roll on the ground, droll, and mash their face.

Can I give my cat catnip every day?

Catnip is healthy for indoor cats, but it’s not recommended for daily use. The cat gets a bit of the greens she needs by just ingesting catnip. This makes them stay healthy and match the lives of outdoor cats.

At what age is catnip okay for Cats?

You can start giving catnip to cats from the age of 6 months. This is the age when we assume they have reached sexual maturity.

Catnip is safe for cats but should be given in moderation. Also, there is no evidence on whether it has any health benefits. The question of whether it’s ethical to give catnip to your cat has been an on-going discussion on many websites and online platforms. The effects of this herb will vary from one cat to the other. The length of the effect will equally vary, but it may not exceed 30 minutes.