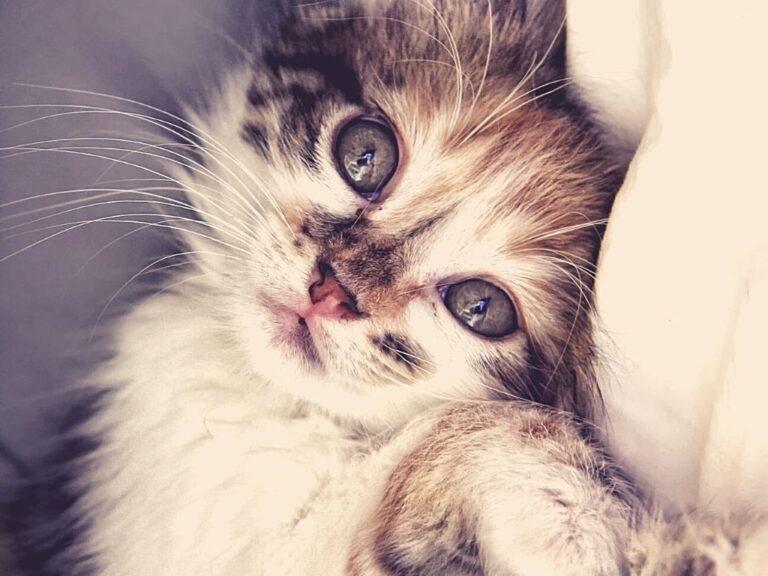 A member of mint family, Catnip is loved by both small and large kittens. It contains an essential oil called nepetalactone, which causes many kittens to go berserk. The plant, which can grow up as tall as three feet high, is native to Africa, Europe, and Asia, but it now grows like a weed in all regions due to importation. Catnip is also referred to as catwort, field balm, or catmint. The sensitivity to this herb is genetically inherited, which would explain why about 50% of kittens have no reaction to Catnip. Kittens above six months have shown reaction when exposed to Catnip. However, it is difficult to determine whether your kitten will show any reaction if they are below six months.

Effects of Catnip on Kittens

It is still unclear why the nepetalactone affects the whole cat family, including lions, tigers, and panthers, by acting as a natural mood enhancer to them. Once any member of the cat family comes into contact with Catnip, it mimics feline pheromones causing them to act like a queen on heat.

This is characterized by growling, meowing, purring flipping, rubbing, rolling on the ground, and eventually zoning out. Others experience hallucinations, which would explain why some kittens dodge at something that is not there or chases an imaginary prey. We also have some kittens who react with mild aggression, such as swatting and low growling. Due to these effects, it is advisable not to give Catnip to multiple kittens at the same time as there could be potential fights between them and cause damages in the house.

How long do the effects last?

They often last less than 30 minutes. For about 10 to 15 minutes, immediately the kitten is exposed to Catnip, they are completely out of control. After this, they often lose interest and wander off to take a nap. It takes a couple of hours for the cat to be affected again once the effect wears off.

Kittens can sniff either dried or fresh leaves to give them happy and playful behavior, with the results being instant. Spraying on their toys and other items is also a good way to expose your kitten to Catnip.

Eating it, on the other hand, has an opposite effect on most kittens. Rather than becoming spastic and erratic, most kittens become very mellow and relaxed as it tends to act as a sedative. Ingesting in large quantities could lead to vomiting and diarrhea for the kitten, and it is advisable to feed moderate portions to them.

What are the benefits of Catnip?

This is most suitable for indoor kittens who prefer lying down the whole day. Since Catnip promotes playful behavior, it is an excellent way to ensure that the cat gets to exercise and stays healthy. With exercise, they are no longer at risk of obesity and other chronic diseases.

It is common to see kittens scratching furniture rather than using the scratching posts and mats you have set for them. This behavior can be very hard to change, as it requires you to be present and redirect them at all times. When this happens, sprinkle some catnip on the set scratching posts and mats, and that will get their attention. This trick can also be used for when you have a new bed, but the cat has totally declined to sleep in it.

Acts as a sedative

After the intense behavior displayed in the first 15 minutes of exposure to Catnip, the kitten will chill out, and it will be possible to make any trips like visiting with him.

The kitten is immediately exposed to Catnip; it uses a lot of energy as he is in his most playful nature. Once the catnip high fades, most kittens head straight for the food bowl. Actually, some vets have suggested the use of Catnip as a natural way of getting your cat to eat more if he needs to.

Is Catnip bad for kittens?

It is entertaining to watch your kitten entertain himself with catnip toys. While it may make him a little crazy, it is perfectly safe as it is a natural herb. Until the kittens reach 6 months, which is described as the sexual maturity age for kittens, they will not show little to no reaction to the Catnip. The herb is not addictive neither does it cause short-term or long-term health risks. That said, it is important to say that it should not raise any concern should you decide to give your kitten catnip very early. However, there is a high chance that he will not respond if he is still too young. While the majority cat owners are afraid of giving Catnip to kittens for fear of changing the kitten’s brain structure or causing later behavioral problems or training issues, there are no studies to support this theory.

While Catnip is perfectly safe for kittens, I would not advise you to give it to them if they are below 6 months. Not because of any effects whatsoever, but because it serves no purpose and becomes a waste of money if your kitten cannot enjoy it. It is wiser to save those bucks and give Catnip to them when they are older and can enjoy and appreciate it. Studies show that some kittens become immune to Catnip as they grow older. To avoid this, limit the exposure of kittens by not offering them Catnip on a daily basis. This way, they will get to enjoy the effects and long for the next time to get it. A few kittens may react to Catnip, especially if they have a sensitive stomach. Should this happen, please discontinue any exposure to Catnip to avoid future complications.