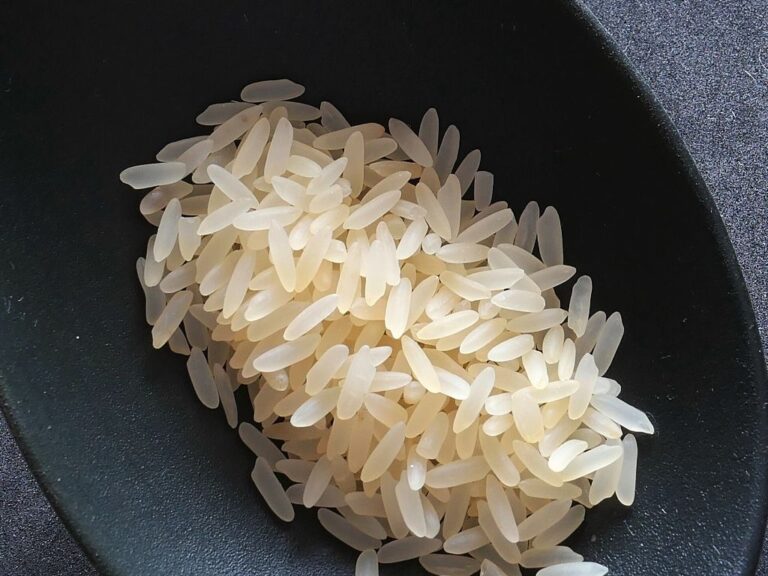 Cats are curious creatures that can taste or sniff almost everything. You are probably sited in a coach enjoying your favorite meal, and a moment later, your feline friend folds herself in your lap, begging for a tidbit of the meal. You would probably be very happy to share the meal with the cat, but the guilt of not knowing the end result cannot let you. Human food can be safe for animal consumption, but it’s always important to research intensively about human foods’ common toxicity. So, can cats eat rice? Is rice safe or bad for cats? All of these questions will be answered here.

Is rice safe for cats?

Cats and many animals in the cat family have a very sensitive stomach. Most human foods can cause severe digestive system complications that can be life-threatening. Rice is safe and can be a great source of nutrients and minerals for your cat. However, rice should be given to cats in moderation. A small amount of cooked rice can improve the cat’s digestive system. Additionally, rice is non-toxic and rich in vitamins and minerals that are very important in the cat’s health.

Health Benefits of rice in Cats

Rice offers numerous dietary and health benefits that your cat can enjoy and should be taken as a snack once in a while.

Rice contains a good amount of insoluble fibers like lignin, cellulose, and hemicellulose, which help in different functions of the body. These include;

With the fat content in rice ranging between 5% and 6%, rice can serve as an alternative for the most high-fat foods.

Rice is rich in antioxidants, which can boost your kitty’s immunity by reducing the oxidate damage to the cat’s body cells. These antioxidants include carotenoids like zeaxanthin and Lutein. Carotenoids have been known to promote eye health and keep certain chronic diseases like cancer, diabetes, heart disease, and feline arthritis at bay.

Rice also helps protect against diverticular disease, a condition that causes pounces on the intestinal walls, and its symptoms include bloating, flatulence, and cramps.

Other Vitamins and Minerals contained in rice that plays a responsible role in the cat’s system include;

Rice is a plant-based protein source that forms the building blocks of your kitty’s muscles, cells, and tissues.

When is rice bad for cats?

While rice provides potential benefits to cats, we have also highlighted that it should be consumed in moderation. This is because there are demerits when consumed in large quantities. These include;

Rice might be contaminated with Fungi depending on where it was cultivated. These excess fungi on rice cause toxins known as mycotoxins, which are linked to cancer and other chronic conditions. The consumption of mycotoxins has been known to cause death when consumed in high doses.

Since cats are carnivorous, some of them are allergic to rice. These allergic conditions are symptomized by digestive issues like vomiting, excessive itching, and scratching on the skin and respiratory symptoms such as sneezing, wheezing, and coughing. Some cats may develop gluten intolerance, which could lead to diarrhea, bloating fatigue, and weight loss due to the presence of zeins in rice.

High in carbs and Sugars

Cats generally do not require carbohydrates as much as they need animal protein; hence they do not digest carbs so well. Rice contains carbohydrates in the form of sugars, which exist in sucrose form. Due to the inability to digest carbs, high consumption doses of rice may cause the cat’s blood sugar to rise, leading to chronic diseases such as heart disease and diabetes.

Phytic acid, a component of rice is known for its ability to inhibit the absorption of dietary minerals like iron and zinc. Soaking, fermenting, or sprouting the rice reduces the effects of phytic acid. However, this causes the rice to lose other substantial minerals rendering the rice useless to the cat’s body. Phytic acid can be controlled by limiting the quantity of rice the cat eats.

Cats are incapable of producing amino acids on their own and highly depend on the amino acids from their diets. While rice has a fair amount of protein, it lacks amino acids used to reduce inflammation in the cat’s bodies.

This entirely depends on different products. To determine which rice product is safe and which one is harmful, you should check all the ingredients of the product and the method of preservation. Rice found in cat food is not harmful to your cat and differs from rice found in rice chips and other products, which are considered harmful to your kitty. Canned rice is recommended for cats since the cat gets to drink water while snacking, which helps in dehydration.

Rice products also come in the form of creamed or caramel products, both of which contain additives that are considered toxic for cats. Seasonings and flavourings that come with rice or rice products should be avoided at all costs as they could lead to rupture of the red blood cells, cause digestive complications, and multiple organs failure.

It is not bad for your kitty to eat rice as it does not cause gastrointestinal upset due to its ability to be safely and easily digested. This should, however, be done in small quantities and occasionally. Excessive consumption of rice could lead to conditions such as obesity and cause chronic diseases. In case the kitty shows any signs and symptoms of allergies, you should stop feeding rice to him or her immediately to avoid further complications. In this regard, you should not use rice as your only treatment for your kitty; rather, find other healthier treats specially designed for cats.